Tech News and Analysis from around the web

The embedded YouTube player told me what you were watching

How do you manage your APIs?

Manish Singh / TechCrunch:
Twitter has partnered with Dailyhunt to bring Moments to the Indian news app to showcase curated tweets pertaining to news and other events in India  —  Five years after its launch, Twitter Moments is growing beyond the American social networking platform.  —  On Monday, Twitter …

Floating bubbles that move with the users finger?

Its not much but Its really cool! I also got an esp8266 alongside it for other projects!

Everything you need to know to design your own CNC router

Software engineering is a learning process, working code is a side effect

Should I Stay or Should I Go to .NET 5.0? Take a tour on the .NET 5.0 (improvements, performance, new features, etc.) and decide to migrate to .NET 5.0 depending on different cases.

Label a Dataset with a Few Lines of Code

The Problem with Writing-Style Advice

Mike Butcher / TechCrunch:
proSapient, a research service helping customers gather insights from experts via interviews and surveys, raises $10M Series A led by Smedvig Capital  —  For several years there has been talk about how to leverage ‘experts’ online.  How do you ‘suck their brains’ for information in an efficient manner …

Look before you paste from a website to terminal

I wasted $40k on a fantastic startup idea

return first (or how to write wider instead of deeper code) 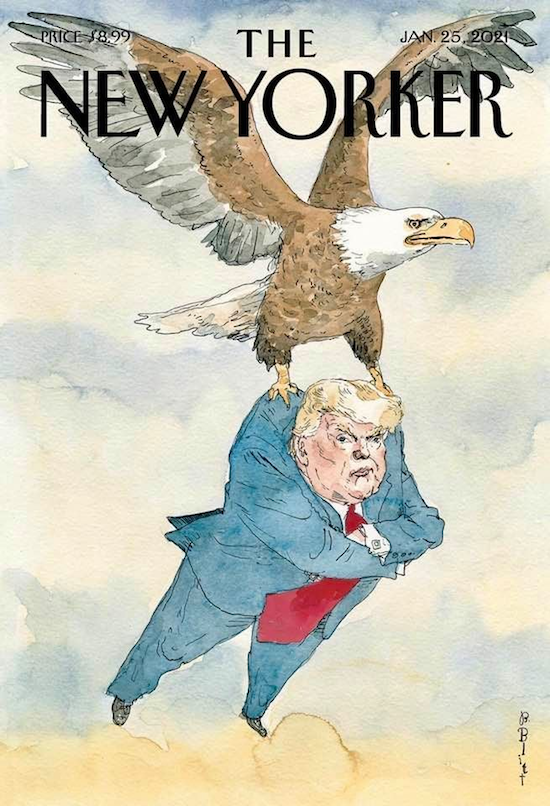 Tech companies are profiling us from before birth

Three reasons fungi are not plants

That’s not how 2FA works

Tracking down a segfault that suddenly started happening

When the virus is under control will the networks revert to having in-studio guests? If not, one of the tech companies should make a total turnkey home TV guest computer, with everything you need to sound and look great when your Maddow moment comes. This sounds like a project for Microsoft. Or one of the smart speaker companies? A lot of interviewees use Skype. One thing to start, teach people how to make ther room sound good. Lots of pillows to start with. You can handle a poor picture better than awful audio.
Published on: 2021-01-18-17:24:36 UTC
Source: Scripting News

Los Angeles Times:
Amateur digital sleuths have joined massive crowdsourcing efforts on social media to track violent Capitol rioters, passing the evidence to authorities  —  The digital sleuths take to their computers in the moments when they can peel away from their real-world responsibilities — jobs …

How can software engineers help to build climate solutions?

I think the people who invaded the Capitol are telling the truth when they say Trump told them to do it. But that's not all. Trump made them feel special. They were one of a few thousand people that he trusted to set this right. It may not be logical, but the people in the videos seemed drunk. From the recognition from god. The ProPublic videos show that, at the demonstration. They actually called him god. Trump. The scene in the Senate from the New Yorker video, sounded like what I think a hospital for the insane would. Where was their sense of self. DId they think they would get away with it? Why would they think that? Hard to imagine someone could be so far from reality.
Published on: 2021-01-18-16:34:27 UTC
Source: Scripting News

How do I open a web browser (URL) from my Flutter code? or How to launch default browser from Flutter application

Here's why you need super lightweight easy to deploy networking interfaces. So you can quickly create connections between apps when the idea occurs to you, when you have the need. Then you can use it, and then you have experience using the 1-in-10 idea that's so good to want to further develop, when you develop it for real. That's why your second version of something is so much better than the first, and the third version is good enough for other people to use (even though we make them use the first two versions anyway). The idea we had, for connecting apps on a single machine, back in the mid-80s was right. It has been a big part of the evolution of every layer since. (And probably before, I just wasn't around during those evolutions.) I mention this because in less than 10 minutes I whipped up a connection between two worlds I'm working on, and watched the newer app update based on a ping from my older app. Ping! It "just worked" and if you're a programmer you know how satisfying that can be.
Published on: 2021-01-18-16:02:35 UTC
Source: Scripting News

The embedded YouTube player told me what you were watching

Tinier JS - A collection of tricks to help you code golfing with JavaScript / Helping you make your code shorter.

Do you use Cupertino widgets for the iOS builds?

Joanna Stern / Wall Street Journal:
Social media algorithms amplify the reach of incendiary, misinformation-filled conspiracy theories, and users have no control over them  —  What you see in your feeds isn't up to you.  What's at stake is no longer just missing a birthday.  It's your sanity—and world peace.

Why Combustion Is Exothermic

Ingrid Lunden / TechCrunch:
All-in-one HR service Personio raises $125M Series D at a $1.7B post-money valuation co-led by Index Ventures and Meritech  —  With the last year changing how (and where) many of us work, organizations have started to rethink how well they manage their employees, and what tools they use to do that.

Wall Street Journal:
AT&T, Verizon, and other bidders have spent a record $80.9B during the 5G spectrum auction, expected to lead to a wave of borrowing for the indebted sector  —  AT&T, Verizon expected to turn to bond markets and banks to finance bids in record-setting FCC airwaves auction

A bot that converts Reddit threads into ace attorney scenes

We are sending more foster kids to prison than to college

Sebastian Sinclair / CoinDesk:
Maps.me, an offline mobile map for travelers, raises $50M in a funding round led by Alameda Research, aims to launch “yield earning” DeFi tools inside the app  —  The funding will go toward the launch of a multi-currency wallet on Maps.me, enabling decentralized finance (DeFi) features for 140 million users.

Ionic vs Flutter comparison (According to Ionic devs)

The Whale Who Will Come Soon

Benedict Evans:
Social platforms are neither communication services nor publishers, and society will have to evolve new norms to regulate speech on them  —  Facebook has close to 2bn users, posting over 100bn things each day.  The global SMS system, at its peak, had 20-25bn messages a day.

Validating Your Login Form in Flutter

7 Levels of Using the Zip Function in Python

Debugging Flutter Apps in the cloud

New episode of Code with Me - let's do some unit testing!

Rust is a hard way to make a web API

How to manage user secrets in .net core

What are the norms that you follow for Flutter development?

How to pretend a class implements an interface in C#

How do I use ML.NET to extract dates out of strings

How to Profile AWS Lambdas

I've been working, in slow mode, on a new feature for my outliners, tagging. I saw a similar idea in action with Roam Research's outliner, and thought it was a really nice idea. I always want to save references to my notes in a cumulative index, like the index in the back of a book. This has always been a good companion to the fluid hierarchy, the outline structure which is more like the table of contents in front of a book. Only when you're working electronically, there isn't really a middle. Everything is in both places, at the same time. It's ideas like this that make programmers' eyes glaze over. They start using words like orthogonal, or loosely connected, and of course the always welcome "distributed." Really having fun programming the last week or so. As the world is falling apart. Why not? It's not like any of us are getting out of this alive. 🚀
Published on: 2021-01-17-22:40:37 UTC
Source: Scripting News

Noob question (sorry! I need help). Can someone give me a top level rundown of .NET Core vs .NET vs .NET Framework vs. ASP.NET?

Flutter 101 podcast - what/who would you like to hear? Launch on March 1

White supremacy is the crisis in the US. There was confusion after 9/11 if we were at war, and now it's even more confusing. What's not confusing is that both events were Acts of War. If I were white, and I am, I'd want to have a way to clearly say I am not with them.
Published on: 2021-01-17-18:30:46 UTC
Source: Scripting News

We thought we lost a lot on 9-11, but it's nothing compared to what we're losing now.

There's a weird feeling in the world right now. Tomorrow is a national holiday, and Wednesday is Inauguration Day. No matter what, things will change radically in the US in the next few days.

I got an answer to a question I asked yesterday, about who 20K+ troops in DC will report to, until Biden is sworn in. By law they report to the commander-in-chief, President Trump. Just a fact. If Trump orders them to assassinate everyone at the inauguration, it's not all that different from what Trump told the mob to do on January 6. So unfortunately it is in the realm of possibility.

It all hinges on who the troops are loyal to. Turns out the military thought of that, and pre-screened the soldiers assigned to this job to weed out white supremacists. I kid you not. They know how to do that? I guess it would be naive for them not to.

I have a nightmareish vision of Anwar Sadat's assassination in 1981. If you haven't seen it, watch the video. You've never seen anything like it, even in a movie or TV show. As they say, this is why you want to have programmers around, we think about these things. 💥

I read last night that the Pentagon turned Trump down for a great military send-off on Wednesday morning. Interesting, are they allowed to do that? No one seems to be questioning it.

Anyway, if it goes smoothly and the Bidens end up running the government on Thursday, and recinding Trump's orders, the tension goes down a lot. We still have to deal with Trump, and Republicans, but really if they could just STFU our real business is with the virus.

All the usual mottos apply, Let's Have Fun, Still diggin, and It's not like anyone gets out of this alive.

Hello Everyone, I have created a flutter package using which REST APIs can be easily integrated into flutter apps using the basic bloc principles. Take a look and tell me what you think! #flutter #flutterdev

Hecto: Build your own text editor in Rust